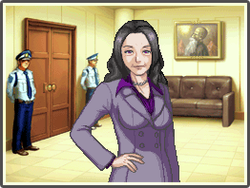 A tough veteran prosecutor who's seen it all, yet never lost her drive. She and Judge used to be lovers in university, but she left him to concentrate solely on her career. With her unflinching determination to fight corruption and hard-nosed methods, she made a name for herself, but also dangerous enemies. As a result, she suffered a depression and had to start a new life in the Virgin Islands, where she founded a family. However, the mafia found her there, and killed her husband and kids. She returned to her country with a passion, and when she learnt that her former fiancé's brother had been murdered, she vowed to herself to do anything in her power to bring the Mysterious Bust Killer to justice to redeem herself. 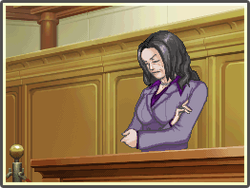 To Jessica Poole, the courtroom is a battlefield. She gives every trial her all, whatever the consequences. Charismatic and competent, she treats the defense as a foe, and won't hesitate to destabilize and ridicule the opposing attorney with biting sarcasm. She always sticks by her principles, to the point of stubbornness. She has been known to act recklessly and to bend the rules when she believes they get in the way of justice. Despite her attitude on the job, Jessica has a caring, motherly side outside of court, and will do anything to help her friends.